Well, not really a random company. A very brave one: Holland Water.

Already for some time I am advocating for Dutch (or other Western) companies to enter the true frontier markets of our time. Being based in Myanmar for over a year now, I’ve seen the first companies making that bold step and start doing business here quite successfully. As the election process in Myanmar took a positive turn, companies see their fears of instability and chaos melt away, and shift their focus to new horizons in the east. But, as I pleaded with marketeers before, you don’t need to go as far east as Myanmar. Take Iran, one of the most promising and substantial frontier markets. In the articles below and in Dutch marketing magazine “Marketing Tribune“, I’ve written about the opportunities for western companies to do business in Iran now:

Today I read on www.nu.nl:

I hereby would like to congratulate Holland Water with their bold move: to enter the Iranian market about a week after the announcement of lifted sanctions has been done. Now that is what I call a first mover!  Holland Water will focus on improving the water quality in hotels and hospitals, fighting legionella by exporting their technology to Iran. Thumbs up to Holland Water. Who is next? 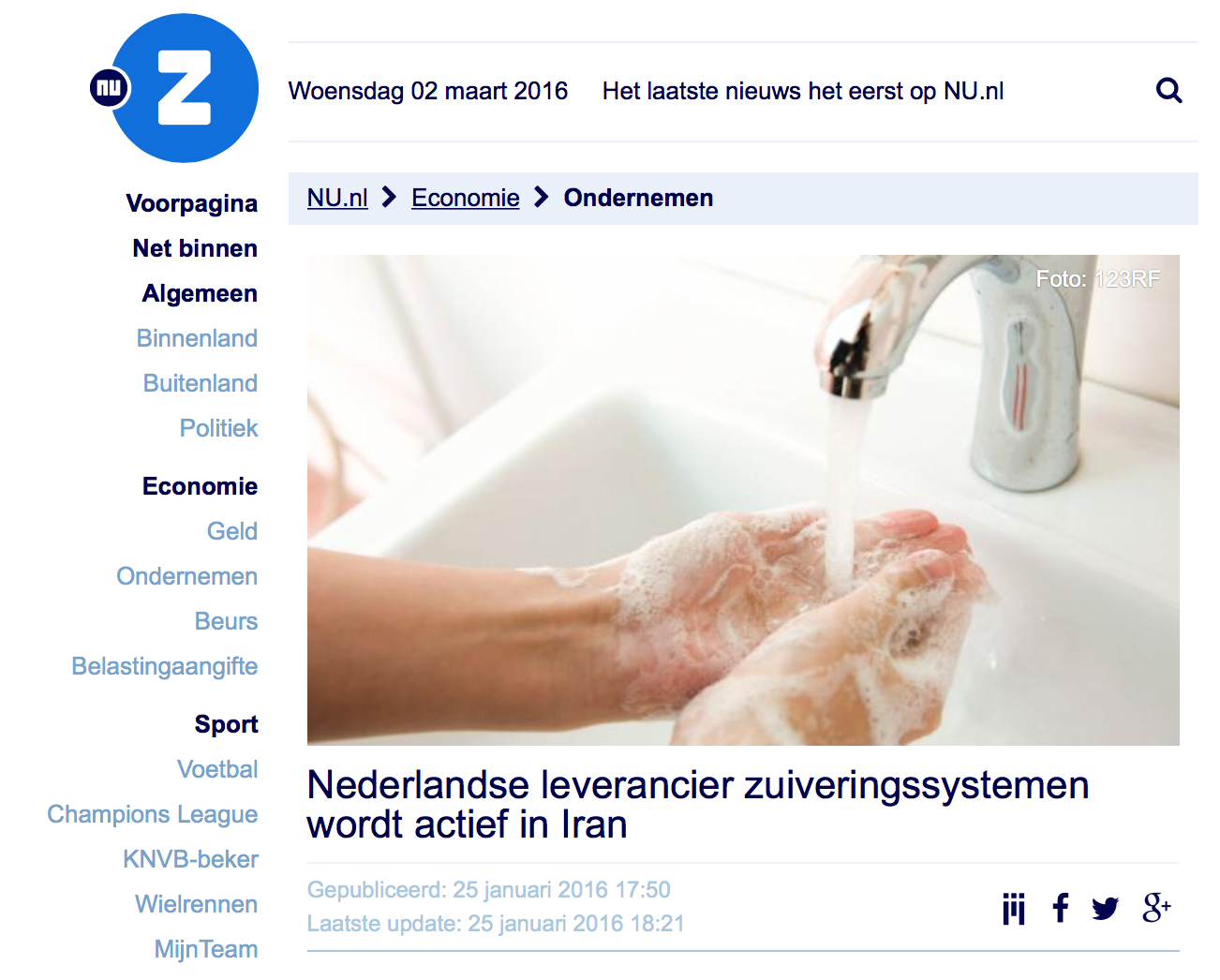 I know we’ve done everything to enter the boardroom: we made marketing an all surpassing commercial discipline, we invented fancy job titles like  “CMO” and we spiced up our careers with expensive marketing degrees. But since this week, I realized that we may have gone too far. What happens if marketeers really become the boss? And marketing becomes a too dominant force within a company? Check the logo above this post, check the headlines. For decades VW was an innovative car maker, with trend setting cars and great affordable technology for all. Then the marketeers took over. In due time, priorities shifted from engineering to something called premium. Unfortunately, premium was not about premium technology, but about premium feel: the image, the design, the smoothness of the leather, the click of the closing door, even the sound of the engine was enhanced by fake engine sound from the speakers. Marketeers thought they could sell more cars by engineering a premium feeling. And they were right. They managed to do so successfully for many years. But of course, this is not really engineering. Far from that. 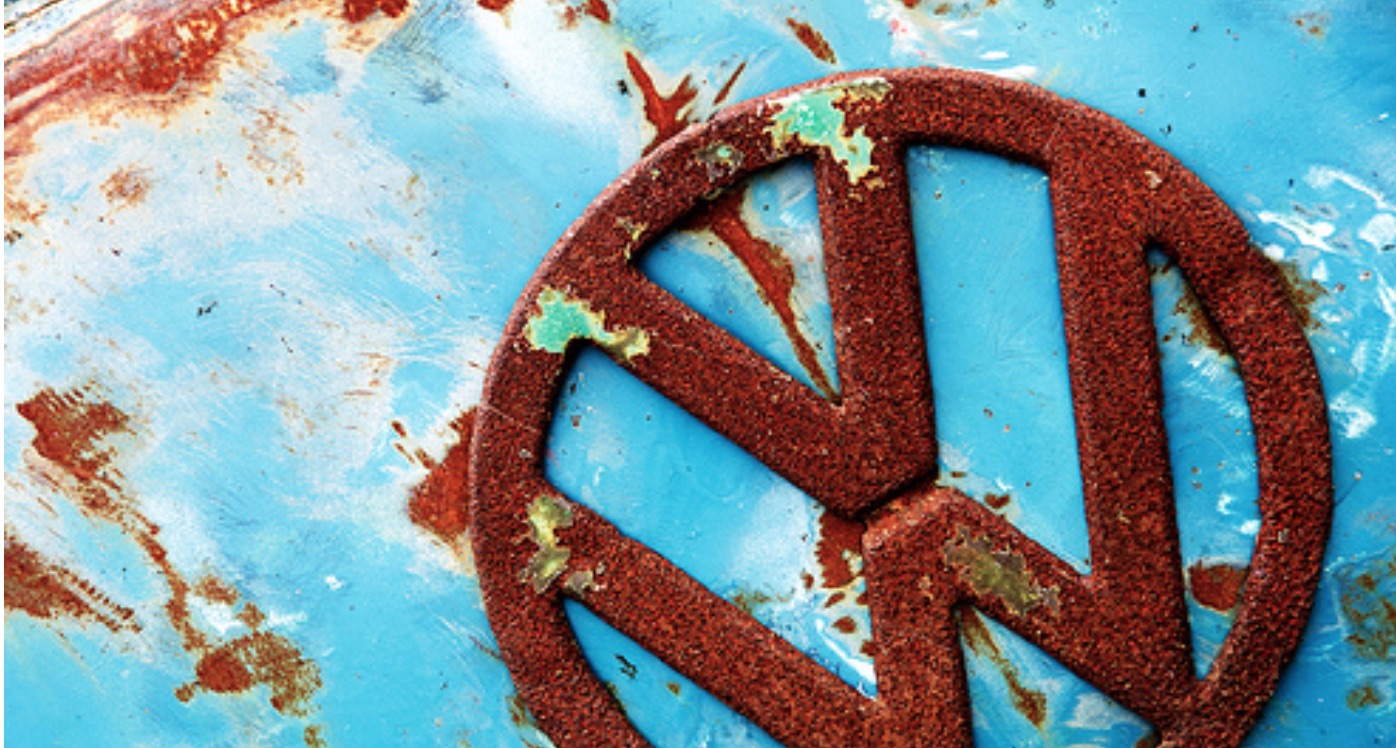 The last decade all car makers are struggling with the ever more stringent emission regulations. When Honda and Toyota invented hybrid and hydrogen technology to meet these regulations, VW was very skeptical about this strategy. Instead they chose a different route, which in hindsight turned out to be the easy way out: they would improve existing diesel technology by downsizing the engines and relying on high turbo pressure and very high combustion temperatures for performance. Needless to say this requires far less investments than developing complete new technologies such as hybrid and hydrogen power. But every engineer must have known that this technology has both reliability and emission issues. Tests and research show the decline in reliability of the engines time after time. And the differences are staggering: Honda’s engine failure rate is 1: 344,  Audi: 1:27. But marketeers don’t read statistics. And neither do consumers.

As a result, this route turned to be a dead end. In order to meet the very strict emission regulations for diesel cars in the US, apparently the only “escape” was to manipulate emission test results by very clever software in the motor management of diesel cars that recognize and “fool” test situations. With this trick the cars pass the test (by temporarily cutting back the power), but in practical road use, the diesel engines exhaust up to 40 times  (!) the amount of NOx than is allowed. Now we are not talking about a lack of engineering anymore. Worse than that. Now the engineers were asked to develop technology to cheat, creating a car that is not meeting the specifications.

What happened here? Who made the engineers do this? We’re not sure of course, but I am guessing it was the marketing department. By award winning commercials and convincing slogans (“Das Auto”), the consumers seemed to buy it. But not anymore. Some people label it “protectionism”, but the American authorities reminded us of something we all forgot:  a car is a product of technology. It’s not a fashion item, not only a lifestyle product, where appearance and image is crucial. Cars offer us mobility by technology. With the need for ever safer and cleaner cars, that technology better be good. Is this a plee to get rid of all marketeers? No. The CMO can stay. As long as he listens to the CTO.

“I received good feed back from our staff and that they would share what they learnt with their colleagues.”

“I was satisfied with the training, with our good team work and good relationship with others who attended colleague.”

“Very useful  at my work”

“This weekend is quite restless for me with only a few hours sleeping… But time was passed with a great sharing of knowledge effectively… Thanks Mr.Andre for the workshop and for photos too…” 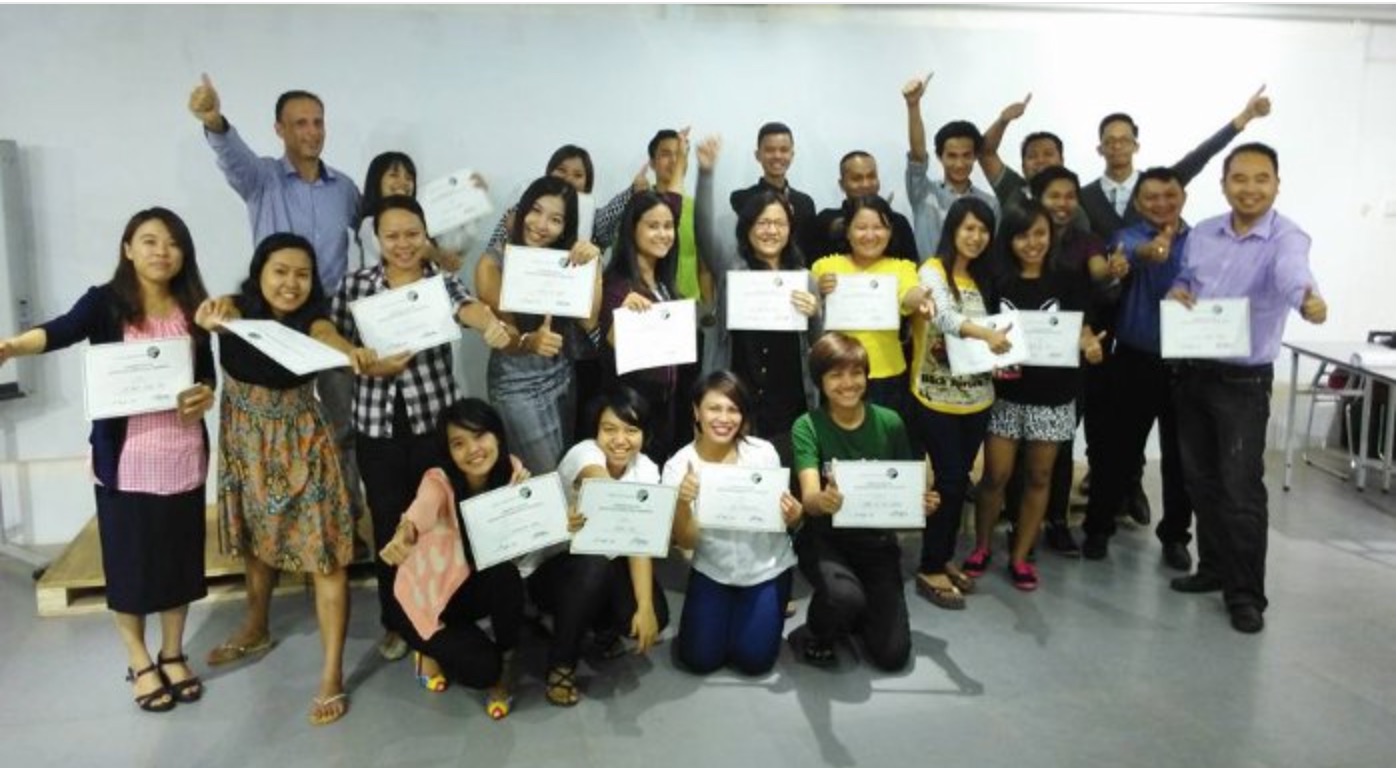 As the wind changed direction

The crowd caught a wiff

Of that crazy Casbah jive

(The Clash, Rock the  Casbah) 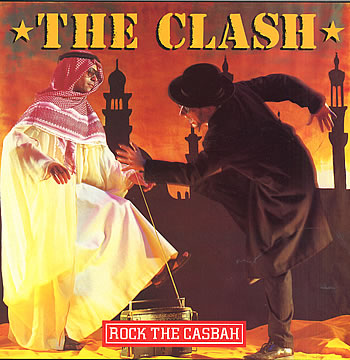 Although the definition of a frontier market differs wildly, most would agree that a frontier market is the preceding stage of an “emerging market”. The big capital investors have labeled quite long lists of countries (Standard & Poor’s: 36 countries) as frontier markets. However, when we look closer, these lists also include smaller but well-developed countries such as Estonia and UAE. When we narrow the definition to countries that are either escaping from the stage of “least developed economic country” or those that are somewhat developed but have been isolated before, the list becomes smaller. Operating now from Yangon, I can surely state that Myanmar falls into this category. However, as many South East Asian and African countries have grown successfully into the “emerging market” phase, there aren’t that many true frontier markets left. Iran is certainly one of them and a very special case too. Although reasonably developed (nr. 70 of 198 on the GDP per capita list, IMF, 2014), Iran has been isolated because of international sanctions for decades up until now.This boycott has harmed the Iranian economy significantly, causing high inflation and unemployment. Now the agreement on nuclear issues is on the table, Iran could be looking at lifted sanctions as early as end of this year. What are the implications for the world market in general and  for doing business in this new and exciting frontier market? 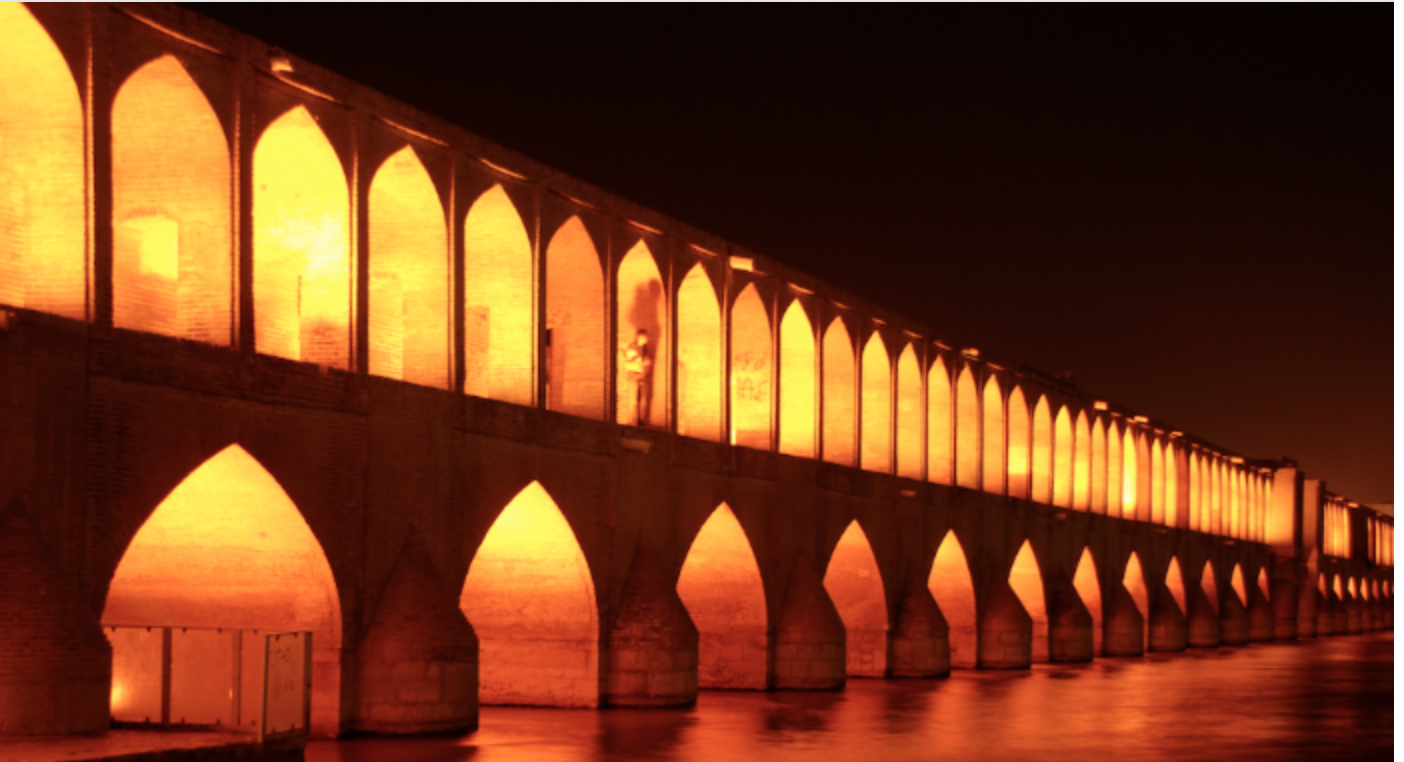 Let’s look at the hard facts first. Iran has a population of 80 million people, making it a bigger consumer market than the UK, France or Italy. If we look at age distribution, almost half of this population is younger than 30. The country is also surprisingly homogenous if you in terms of ethnic background and language: most Iranians are Muslim Shiites and speak Farsi, either as first or second language. Social classes A & B are still small (11%) but on the rise. Only these figures should wake up investors and exporters.

Apart from the sheer size of this market, there are more compelling reasons to investigate the Iranian market. Having visited the country multiple times, I was surprised to see the high level of education (especially amongst women), language skills (English) and their favorable attitudes towards western lifestyle and consumer goods. Either they already have the iPhone 6, or they want one. Unofficial Disney stores, KFC’s and Apple outlets can be seen in the streets of Teheran. Consumers are very much online and social media savvy. All signs of a potentially profitable consumer market.

Now the sanctions are about to be lifted, Iran is on the verge of re-entering the world economy. Being heavily dependent on oil money, the country is desperate to import consumer goods or to welcome investors for joint venture production. Volkswagen has already announced to start assembling cars in Iran. Bavaria has been successfully selling their non-alcoholic beers for quite some time. As restrictions are still in place, many emerging market specialists are visiting Iran on a tourist visa as we speak, secretly scouting for business opportunities or doing fact finding missions. Iranian investment groups have already started pitching at the Iranian diaspora (mainly in the US) to re-invest in their homeland. A huge amount of capital that has been frozen as part of the international sanctions will be freed soon.  This will certainly help boosting the Persian economy. As the country has a young and sophisticated population who are willing to spend their Rials, the outlook for this frontier market could be spectacular. So, who’s ready to pick the fruits of the first-mover-advantage and rock the Casbah?

On June the 7th, 2015, I taught a executive education class for Myanmar Metropolitan College. The topic: branding/Activation, in the form of a workshop. We had a good turn-up: 27 people from Heineken, MMC, Red Dot, Rocket Internet, River Orchid, and much more. Many thanks to MMC and all participants…and congrats with your diploma’s! 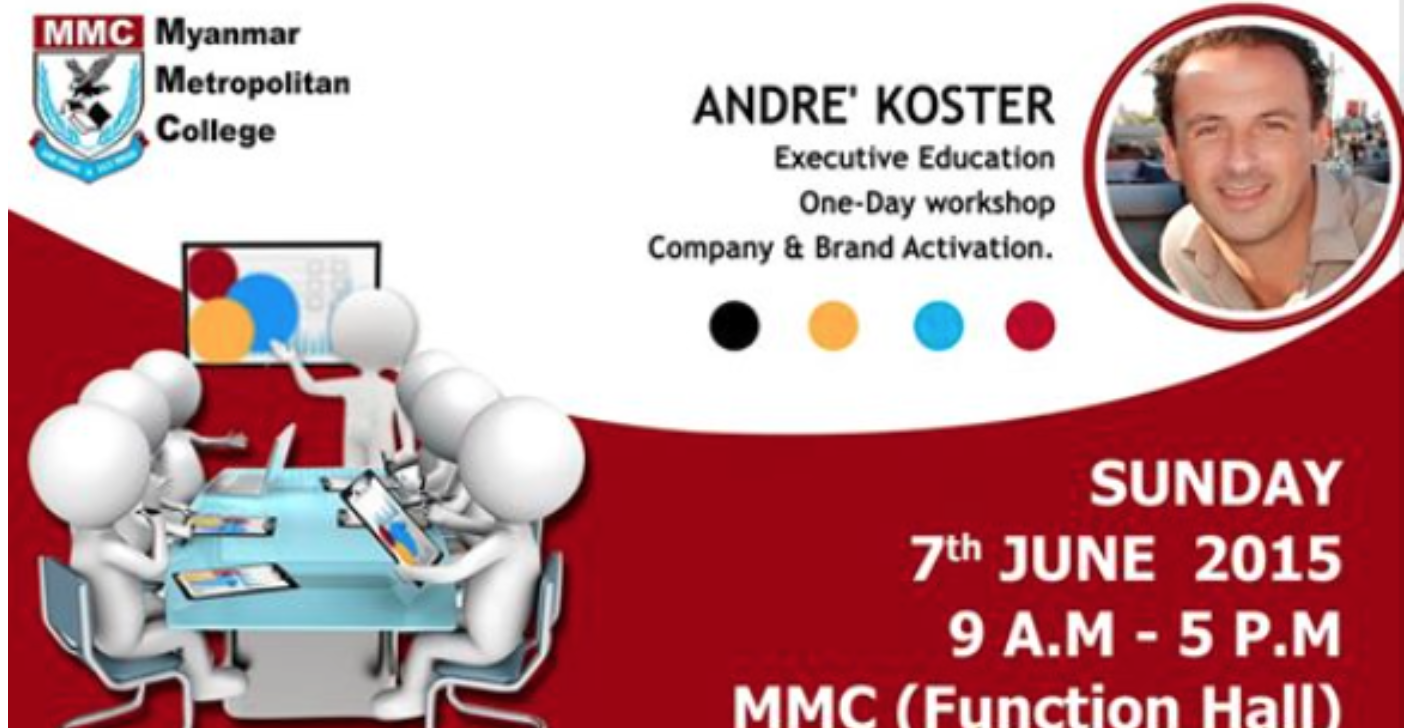 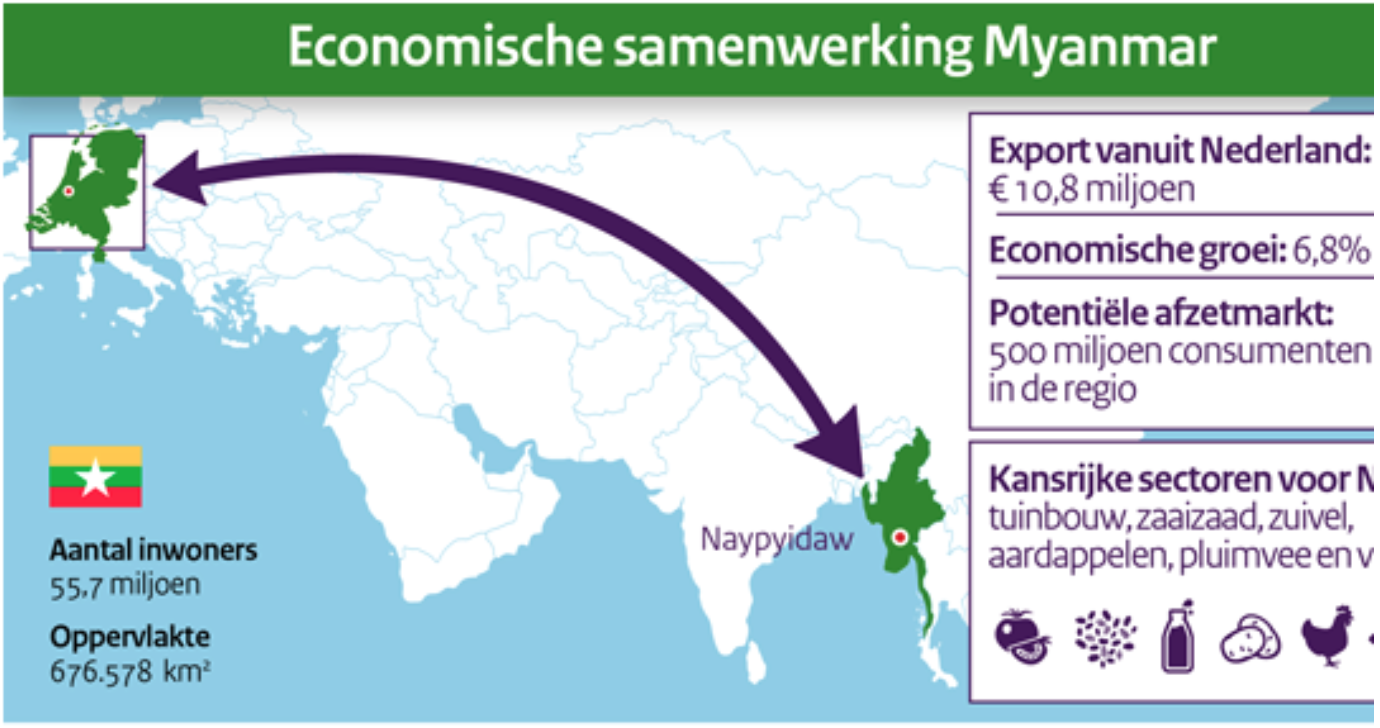 The 25th of March: an important day for Myanmar’s economy: the official launch of the 5 year National Export Strategy.

We had a good turn up of the foreign press during the media lunch in Yangon and of national press during the launch itself in capital city of Naypyithaw. 6 National TV stations were present and several national papers. 57 journalists attended the launch (of which 7 are international media). This resulted in many many online and print articles, some of the titles:

Now it’s the challenge to keep the communications going, and to build local capacity here at the Ministry of Commerce (Yangon), for sustainable communications during this 5 year export plan. 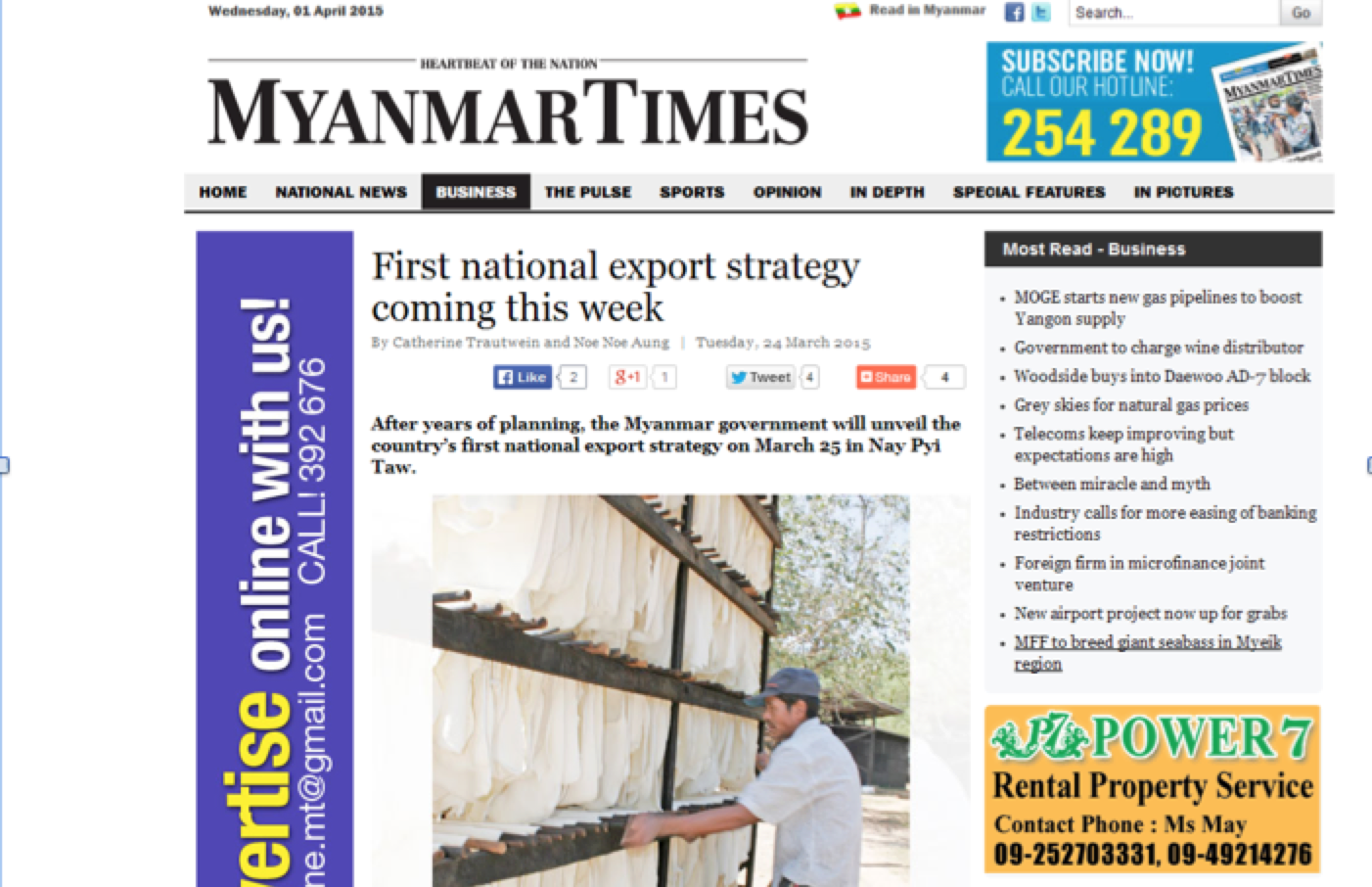 Beginning 2015 I worked as (ad interim) Head of Marketing for Frontier Technology Partners. FTP is active in the field of mobile banking, which is potentially hot in Myanmar where 94% of the population doesn’t have a bank account. Thru myKyat (www.mykyat.com), FTP offers a safe and easy solution for mobile banking: money transfers, top ups, cash withdrawal, etc. A whole range of easy banking services is available for mobile phones. Thru USSD messages or an App, all mobile phone users can access the service. myKyat is an exciting new venture in the Myanmar market and a great project to work on for me.